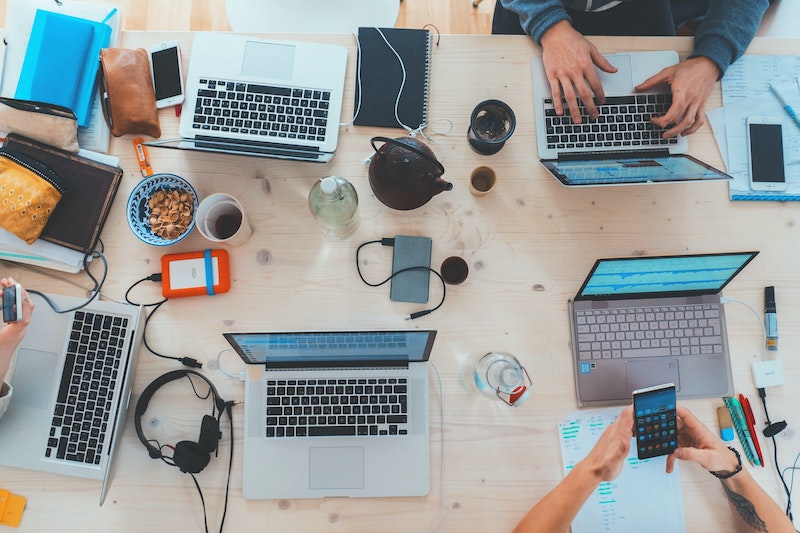 Imagine yourself as the CEO of a Dow component company in 1919. You are fully aware of the technological forces that would shape much of the 20th century, electricity and internal combustion. You may have even be an early adopter of these technologies. Still, everything seems like business as usual.

What you don’t see, however, is that these inventions are merely the start. Secondary technologies, such as home appliances, radio, highways and shopping malls, would reshape the economy in ways that no one could have predicted. Your company has a roughly 50% chance of remaining on the Dow a decade later.

We are at a similar point today. New inventions, such as quantum computing, neuromorphic chips, synthetic biology and advancements in materials science already exist. It is not those inventions, however, but the ecosystems they spawn that will shape the decades to come. We’re all going to have to learn how to compete in a new era of innovation.

A 50-Year Boom In Productivity

By 1919, electricity was already a 40-year old technology. In 1882, just three years after he had almost literally shocked the world with his revolutionary electric light bulb, Thomas Edison opened his Pearl Street Station, the first commercial electrical distribution plant in the United States. By 1884 it was already servicing over 500 homes.

Yet although electricity and electric lighting were already widespread in 1919, they didn’t have a measurable effect on productivity and a paper by the economist Paul David helps explain why. It took time for manufacturers to adapt their factories to electricity and learn to design workflow to leverage the flexibility that the new technology offered. It was the improved workflow, more than the technology itself, that drove productivity forward.

Automobiles saw a similar evolution. It took time for infrastructure, such as roads and gas stations, to be built. Improved logistics reshaped supply chains and factories moved from cities in the north — close to customers — to small towns in the south, where labor and land were cheaper. That improved the economics of manufacturing further.

Yet all of that was just prelude to the massive changes that would come. Electricity spawned secondary innovations, such as household appliances and radios. Improved logistics reshaped the retail industry, shifting it from corner stores to supermarkets and shopping malls. As Robert Gordon explains in The Rise and Fall of American Growth, these changes resulted in a 50-year boom in productivity between 1920 and 1970.

In 1984, Steve Jobs and Apple launched the Macintosh, which heralded a new era of computing. Based on technology developed for the Xerox Alto in the early 1970s, with a bitmapped screen, a graphical user interface and a mouse, it made computing far more accessible to regular consumers.

Before long, personal computers were everywhere. Kids would use them to write term papers and play video games. Lotus 1-2-3 spreadsheet software became a staple for small businesses and entrepreneurs. Desktop publishing helped democratize the flow of information. The computer age had begun in earnest.

Yet much like electricity and internal combustion earlier in the century, the effect on productivity was negligible, causing the Nobel Prize winning economist Robert Solow to quip, “You can see the computer age everywhere but in the productivity statistics.” In fact, it wouldn’t be till the late 90s that we saw a measurable impact from computers.

Once again, it wasn’t any particular invention that made the difference, but an ecosystem that built up over years. The Internet paved the way for open-source software. Hordes of application developers created industry specific tools to automate almost every imaginable business process. Computers converged with phones to create the mobile era.

Look back at the two major eras of technology in the 20th century and a consistent theme begins to emerge. An initial discovery of a new phenomenon, such as electricity and internal combustion, is eventually used to create a new invention, like the light bulb or the automobile. This creates some excitement, and builds the fortunes of a few entrepreneurs, but has little impact on society as a whole.

The truth is that innovation is never a single event, but a process of discovery, engineering and transformation. As a general rule of thumb, it takes about 30 years for all of this to take place, because thousands, if not millions of people need to change their behavior, coordinate their activity and start new businesses.

That’s why the future will always surprise us. It is not any one great event that tips the scales, but some hardly noticeable connection that completes the network. Network scientists call this type of thing an instantaneous phase transition and there’s really no way to predict exactly when it will happen, but if you learn to look for telltale signs, you can see one coming.

A New Era Of Innovation

Today, we appear to be in a very similar situation to what those executives faced in 1919. We have decoded the human genome. Artificial intelligence has become a reality that everyone, for the most part, accepts. New computing architectures, such as quantum computers and neuromorphic chips, are in late stages of development by a variety of companies.

Yet once again, the impact has been negligible and it’s not hard to see why. While these inventions, in some cases at least, are relatively mature, they have yet to create the ecosystems that can drive a true transformation. Today, however, we can clearly see those ecosystems being created.

In fact, in artificial intelligence we can already see a fairly well developed ecosystem emerging already. In synthetic biology and genomics we can begin to see one as well, although it is still nascent. IBM has created a Q Network of major companies, research labs and startups to support quantum computing.

Here’s what’s important to know: We can’t predict exactly when the system will tip, but it’s a good bet it will happen in the next decade. It is also likely that the impact will be equal to or greater than the 50 year boom that began in the 1920s. Finally, it won’t be driven by any particular invention, but by ecosystems. You need to start figuring out how you will connect.

An earlier version of this article first appeared on Inc.com
Image: Wikipedia

How to resolve AdBlock issue?
Refresh this page